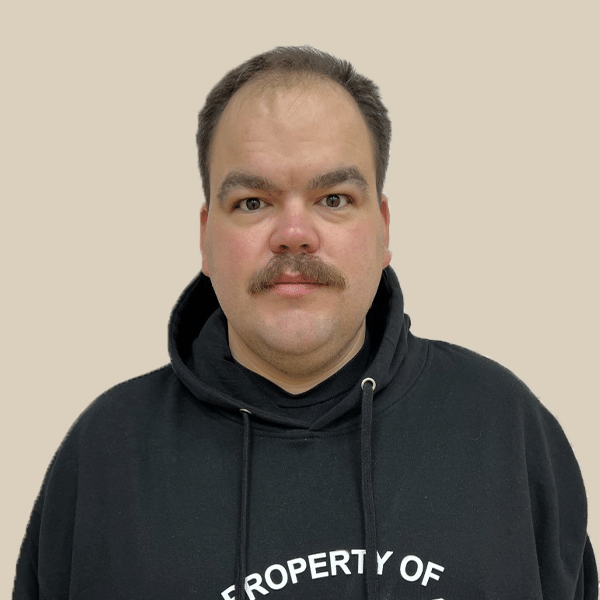 Steve Pelech – Offensive Line
Steve Pelech was born and raised in Red Deer, AB. His love for the game began while listening to the Edmonton Eskimos games on 630 Ched with his late grandmother. While playing Madden 2002, he fell in love with Ricky Williams and the Miami Dolphins. After that, there was no turning back.
His first on field experience was playing bantam football with the Red Deer Steelers while he was in the eighth grade. While with the Steelers, he played all positions on the OL as well as defensive tackle. Due to a league implemented weight restriction, he was unable to return for his grade nine season.
Steve played his high school years for the Lindsay Thurber Raiders. Due to his size, skill and effort, he became an instant starter. He played on all special teams, each position on the OL, FB, TE & DT.
After a few years of living in Texas and British Columbia, Steve returned to his hometown of Red Deer, AB. For over a decade, he has been coaching year round. The fall seasons have been spent with the Lindsay Thurber Raiders and the spring season with the Battle River Shock. An international trip, a Bantam Bowl appearance and two Summer Games have complemented the major seasons. Steve has coached at the bantam, midget and high school levels. Offensive line, defensive line and special teams continue to remain his specialty.
Most recently Steve was part of the coaching staff of the Battle River Shock when they won the CDMFA Tier 1 Midget Championship. This past fall his JR Raiders team won the bantam league championship and made a provincial appearance vs Medicine Hat.
Steve continues to be heavily involved with the growth of minor football in Central Alberta. There is no off-season as he is constantly looking for ways to improve his knowledge and coaching ability.
“I believe in providing youth with a healthy alternative in a safe environment. I would not be where I am today without football and the coaches who came before me. They gave me an opportunity when others wouldn’t. They focused on my strengths and potential. It’s important that we invest in our youth. Everyone deserves to feel loved, empowered, supported and to belong. As a coach I don’t take being a mentor or the relationships with the players lightly. I am here to help the athletes beyond the field as they make their transition into society.”
Previous Coaching Assignments
2015 Bantam Bowl, Team North – Selection Committee & OL Coach.
2015 Battle River Shock international trip to San Diego, California – OL Coach (Midget).
2X Alberta Summer Games, Zone 4 – Selection Committee & OL Coach (Bantam).
Offensive Line Coach with the Lindsay Thurber SR Raiders (High School).
Current Coaching Assignments
OL Coach, recruiting coordinator, alumni relations, & board member with the Battle River Shock (Midget).
OL Coach & Special Teams Coordinator with the Lindsay Thurber JR Raiders (Bantam).
OL Coach at the School of Football at The Dome.